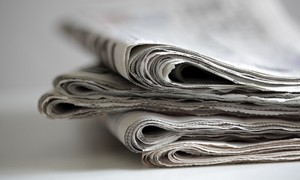 We observe that information that the Russian government decided not to pay compensation for IP rights to patent holders from certain countries is reported in the press, e.g. the following article.

In this connection we would like to explain as follows.

Effective of 30.04.2021, Article 1360 of the Civil Code “Use of an Invention, Utility Model, or Industrial Design in the Interests of National Security” says:

“1. The Government of the Russian Federation has the right, in case of emergency, related to ensuring the defense and security of the state, protecting the life and health of citizens, to decide on the use of an invention, utility model or industrial design without the consent of the patent owner, notifying him of this as soon as possible and with paying him adequate compensation.
2. The methodology for determining the amount of compensation and the procedure for its payment are approved by the Government of the Russian Federation.”

As far as the practice to date is concerned, Article 1360 has been used hardly more than twice. And the amount of compensation to be paid to the patent owner determined by the government was rather small already before Decree No. 299.

In order an invention could be used without the patent holder’s consent a special government resolution must be issued in each case targeting specific patents and products, and furthermore

(a) such patents and products must relate to national security matters or to protection of the life and health of citizens,
(b) emergency must be acknowledged.

Decree No. 299 has not actually changed the spirit of Article 1360 or the order of getting a permission to use patent. According to the Decree, compensation for patent owners related to certain foreign states is calculated now as 0% of actual revenue.

The new Decree should be understood neither as allowing anyone from Russia to use any patent belonging to an entity from a listed country nor as canceling the compensation for patent owners in “normal” infringement cases.

As for the Bill N 80712-8, it has not been approved by the parliament yet, so no list of the goods “excluded from the state protection” is available so far. We will see how the situation will develop and work on practice.

“Article 14.
1. To establish that in 2022 the Government of the Russian Federation has an authority of decisions providing for:

13. The list of goods (groups of goods) in respect of which the provisions of the Civil Code of the Russian Federation concerning the protection of exclusive rights to the results of intellectual activity, expressed in such goods, and means of identification with which such goods are marked, cannot be applied”.

We will inform you in case of changes in the legislation and practice.