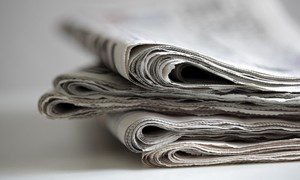 Starting from October 01, 2014, any party, for which a grant of a patent for a given invention application is undesirable, not only may try to cancel the patent when already granted but also has a possibility to prevent the grant by filing an observation against the patentability of the claimed invention after the publication of the application (so-called pre-grant opposition). In many cases it may be much more cost-effective procedure compared to filing and consideration of a post-grant opposition.

In this connection we have launched a new service, namely we offer our clients regular monitoring of published applications relating to a specific group of technical solutions or filed in the name of a specific applicant or inventor. This would allow timely revealing an application which may result in an undesirable patent and filing a pre-grant opposition against it. We also may analyze the application materials and related prior art and prepare an observation for filing.

It is worth to note that filing a pre-grant opposition is possible only with regards to applications which have been filed on October 01, 2014 or later as well as international applications which have entered the national phase in Russia starting from said date. In view of the procedure of earlier publication envisaged by the Russian Civil Code, first applications against which such pre-grant oppositions may be filed can be published already in December 2014.